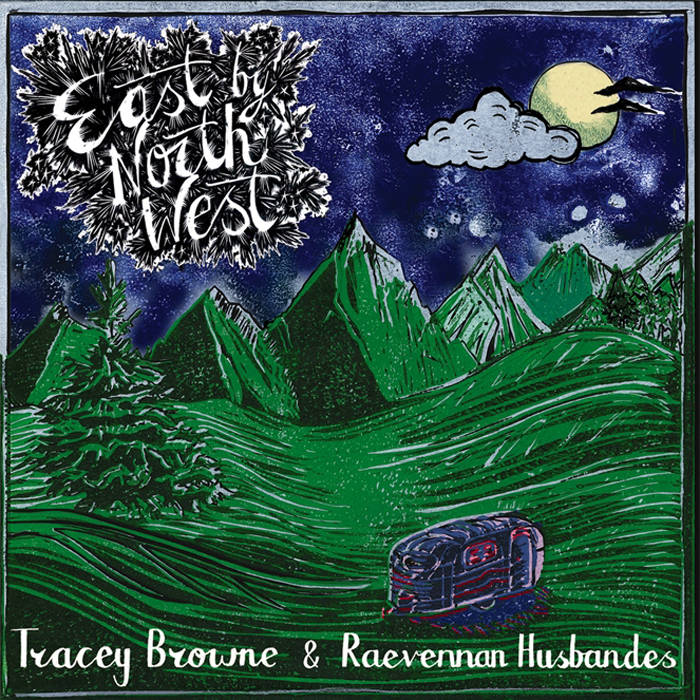 Written and recorded over a series of weekends from August 2013, carrying on a collaboration that began with their meeting in Feb 2012 at a musical residency with The Unthanks - 'East by North West' is the product of two independent singer-songwriters combining their talents to become much more than the sum of their parts.

The album is named for the fact that Raevennan was living in Lowestoft, the most Easterly point of the UK, and Tracey was in Manchester in the North-West of England when they began writing together. Roads, land and sea featured in that journey, which can be heard throughout the album in some of its themes.

All songs written and produced by Tracey Browne & Raevennan Husbandes - except track 9, 'On Raglan Road'; poem by Patrick Kavanagh used by kind permission of the Trustees of the Estate of the late Katherine B. Kavanagh, through the Jonathan Williams Literary Agency. Traditional tune 'The Dawning of the Day'.
© 2014 All rights reserved

Tracey and Raevennan met on a week-long musical residency with folk outfit The Unthanks at Manchester's Band on the Wall in February 2012. They began co-writing in August 2013, and have released their debut record as a duo, 'East By North West' in December 2014.

Independent, self-reliant and self-produced, Tracey and Raevennan are forging their own path into acoustic and country music in the UK. ... more

Bandcamp Daily  your guide to the world of Bandcamp